The city of Dryden is named after John Dryden, the province of Ontario’s Minister of Agriculture in 1895.

Long before its inception as an agricultural settlement, Dryden was initially settled by the Anishinaabe, the area’s original inhabitants. The Anishinaabe occupied the shores by the rapids of Wabigoon River to harvest blueberries and wild rice, fish, hunt, meet, and camp.

Several years later, in 1893, John Dryden was on-board a passenger train that made its stop at what was known as Barclay Tank for re-watering. During the train stop, Dryden saw clover growing by the railroad.

The clover sprouted from seeds left by colonists who made their way west. Based on this keen observation, he then thought that clover sprouting from these lands in huge quantities would be a good idea for farming. Dryden then made the decision to build an experimental farm for this sole purpose.

In January 1895, Dryden declared that the province of Ontario would institute a Pioneer Farm located in Wabigoon Country. He set this up as a way to attract colonists to North-western Ontario.

One year later, a government brochure advertised Wabigoon Country for settlement, as well as the Township of Van Horne and the Township of Wainwright. Numerous colonists left Southern Ontario to travel to Dryden according to the description of the area.

After the success of the Pioneer Farm’s operations, the settlement attracted a number of colonists, particularly those who came from Southern Ontario’s Uxbridge area and the Bruce Peninsula. The agricultural community subsequently became known as New Prospect.

In 1910, the settlement was incorporated as a town, and then pulp and paper were introduced. During this time, the pulp-and-paper industry contributed heavily to the town’s economy. However, this industry was eventually replaced by mining and tourism.

In 1998, the town of Dryden was finally incorporated as a city. 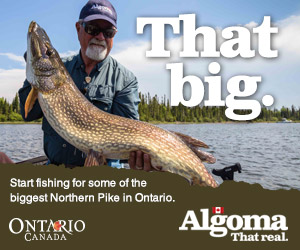